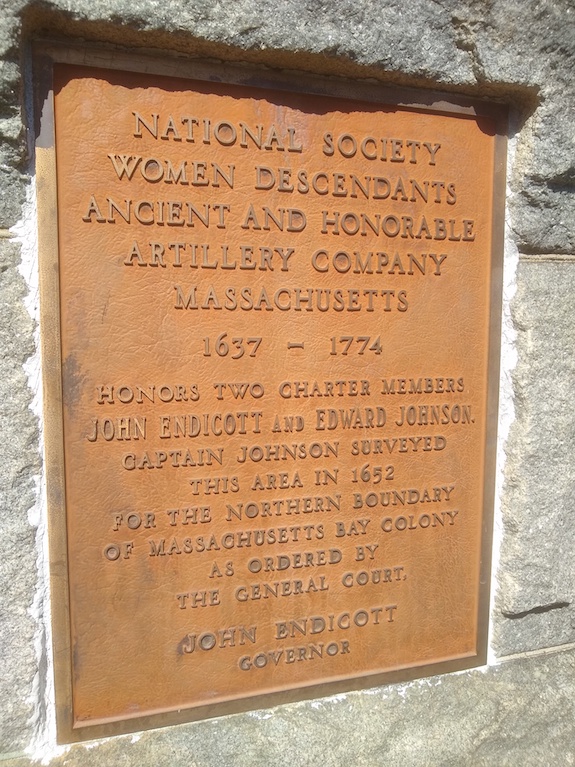 Endicott Rock | This bronze plaque tells you why this historic site is pretty darned important.

Today was another stunning late-winter day here in New Hampshire. I was sitting at a picnic table just 20 feet away from a solid granite structure that protects and preserves the infamous Endicott Rock for future generations. The temperature got up to 62 F. To put this in perspective, it could just as easily have been 20 F and snowing. 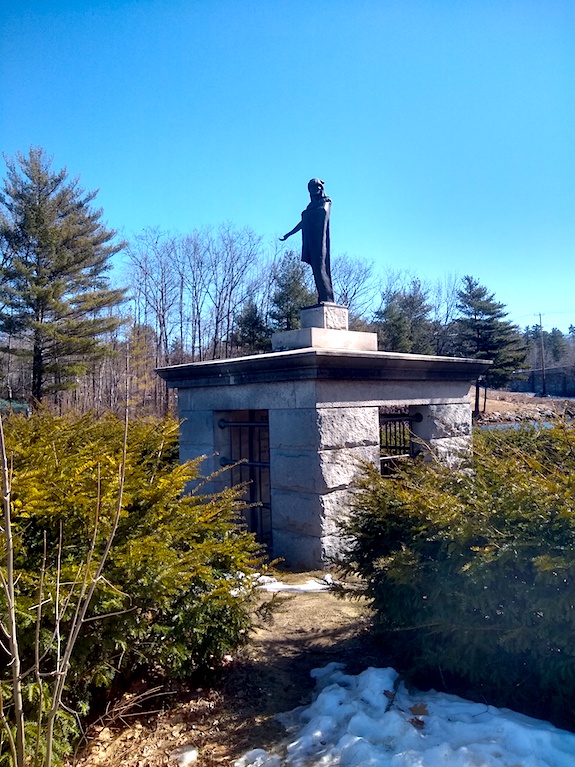 This is the structure that protects the historic Endicott Rock.

I’ve become active again in Parks on the Air and to the best of my knowledge, I’m the first ham radio operator to activate this entity. You need to complete a minimum of ten conversations with other radio operators to officially activate it and I logged fourteen in just over an hour. The band conditions were not the best, to put it mildly. 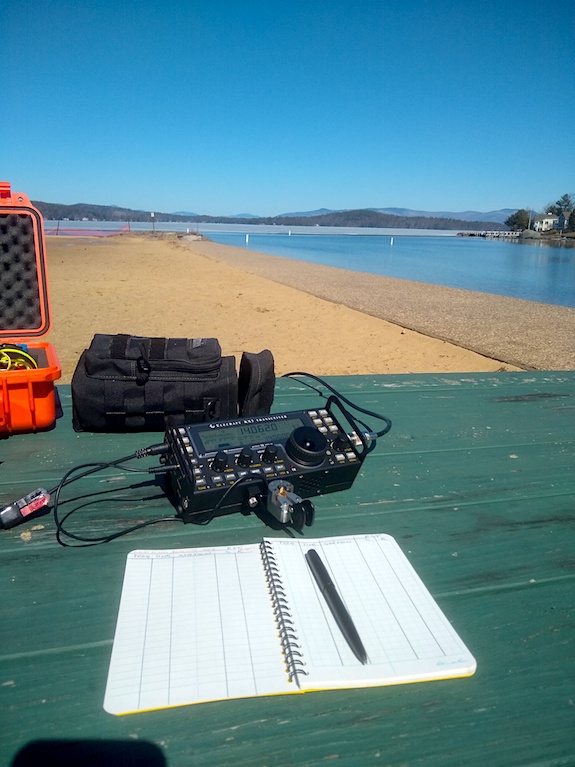 I’m all set up and ready to gather signals out of the ether. You’re looking at my Elecraft KX3 equipped with my Begali Adventure Dual paddles. Yes, that’s a Rite-in-the-Rain logbook. Just to the left is my 4.5 Ah BioennoPower LiFePh battery. The Ossipee Mountains, a rare circular volcanic ring dike, are the main mountains you’re looking at over the water. Mt. Chocoura is above the last white channel marker to the left.

He was successful and a few other POTA operators found me. I was hoping for ten or fifteen operators trying to reach me at once, but only three or four were there. I could tell it was going to be a little bit of work to get to ten contacts! 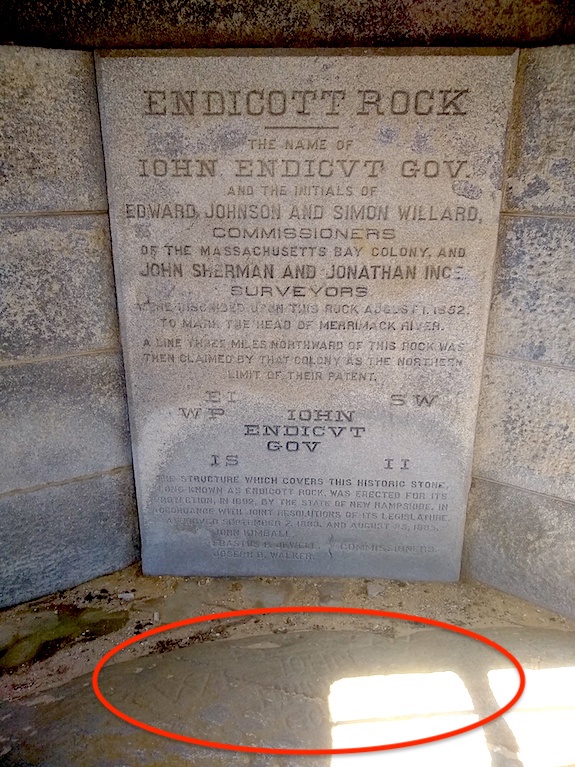 Read why Endicott Rock is so famous. Realize there was a huge Native American village right here along the shore. One wonders how the Indians felt about some strangers chiseling initials, names, and numbers in the exposed smooth solid granite bedrock. Part of the chiseld characters are in the red oval washed out by the sun.

I exhausted the few contacts on twenty meters but still was far from my minimum goal of ten contacts. I switched to forty meters and Jim re-spotted me. Once again I got a small handful of POTA chasers who were at home looking for activators like me out in the field.

DX on a Sunny Day

I was quite lucky to log three international (DX) contacts. Actually you can say I had five as I scored two Canadians. But for me, Canada is closer to me than Pennsylvania so they just don’t feel like DX.

The first was DL8ZT, Wolfgang in Germany. Next up was CU3BL, Manual, in Portugal. He is a POTA chaser I’m quite sure. Thirty-five minutes later I logged Dr. Ian, G4MLW in the UK.

It’s always a thrill to communicate with other operators thousands of miles away using just enough power to illuminate two standard night lights. Jim tells me it’s magic and I have to agree. 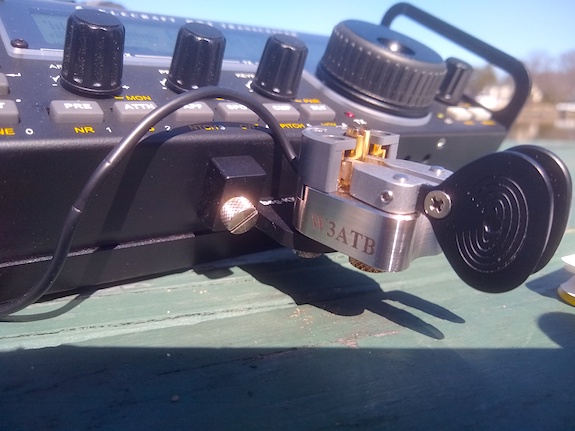 This is my new Begali Adventure Dual. I had my callsign engraved on it because you just don’t know if someone might want to borrow it. This makes it easier to find.

I got just two more contacts after Dr. Ian, KC4TVN and KU8T. Ignore the K after the T in that call sign in my logbook.

I decided to pack up and head home to enjoy more sunshine on my own deck. I ate a Honeycrisp apple and a naval orange once I got home. I think there’s an old radio saying, “An apple a day keeps the bands alive.” We shall see. 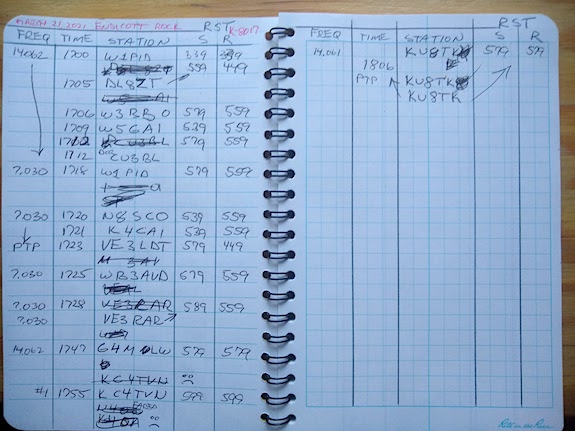