Yesterday in the middle of a winter storm I decided to do a Parks on the Air (POTA) activation at Chesterfield Gorge State Park just west of Keene, New Hampshire. 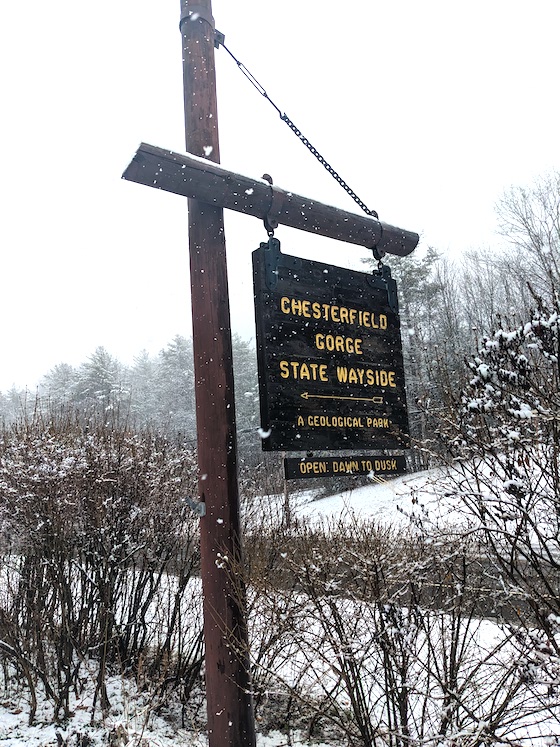 Big wet flakes of snow were falling. Fortunately it wasn’t that cold.

I was traveling from my home in Meredith, NH to Holyoke, MA and carved out the time to do radio in the snow. It turns out I also carved some grooves in my hands just like water has carved the Chesterfield Gorge over tens of thousands of years. My carving happened in seconds. I’m much more efficient than Mother Nature! 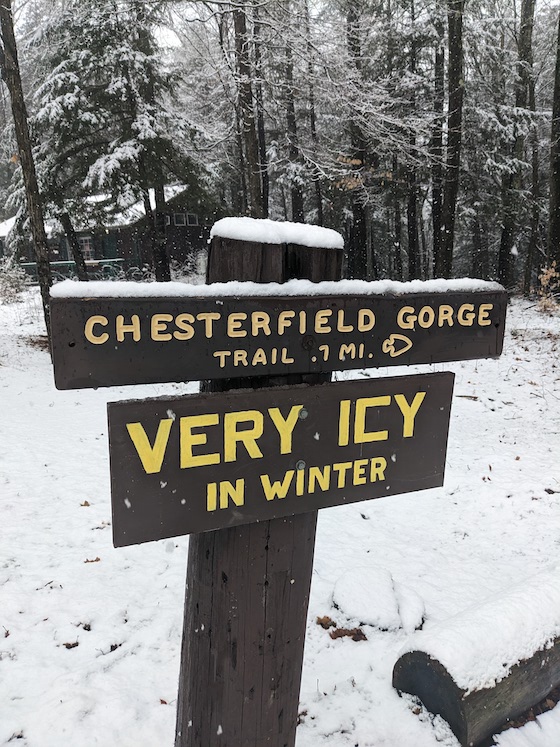 It’s definitely winter and ice is very possible down at the stream. It’s best to wear Microspikes on your boots. Microspikes can save you thousands of dollars in ER and physical rehab costs. Broken wrists, elbows, and ankles become a thing of the past when you wear them.

It’s All About Pileups

My current interest in amateur radio happens to be POTA activations. I’ve discovered it’s a great way to sharpen my Morse Code listening skills and to increase my head-copy speed. This happens when multiple other radio operators are trying to contact me at the same time.

We call those pileups in the hobby. It’s a challenge to be able to hear one call sign over another and my goal always is to complete a contact in less than a minute. If you look at my logbook, you’ll see I’m making a contact each minute in many instances.

The storm slowed me down and put me in a time crunch once I arrived at the state park parking lot. I had to hurry to get on the air. This haste was the root cause of three nasty string burns I was to suffer in the upcoming few minutes.

The burns happened when I threw my water bottle up into the tree. I missed my first two throws, which is very rare. The string was wet from the snow and slush and slipped through my fingers.

The burns could have been avoided if I had tied onto the end of my reel a 15-foot piece of thicker polyester string that I had in my backpack but had put off doing it until another day. Well, it turns out yesterday was the another day and I didn’t have the time to futz with it. Such a sad mistake as the photos show.

You can see the exact cord that should have been tied to the water bottle in my Antenna in a Tree video. 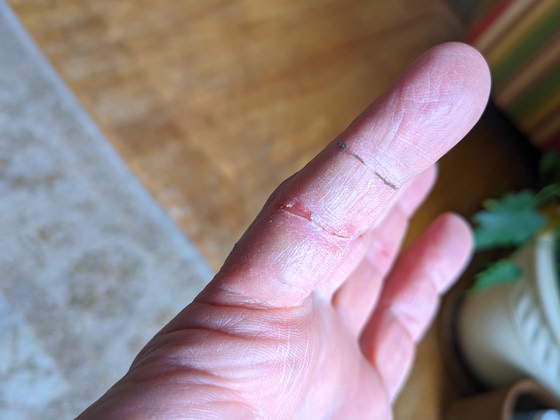 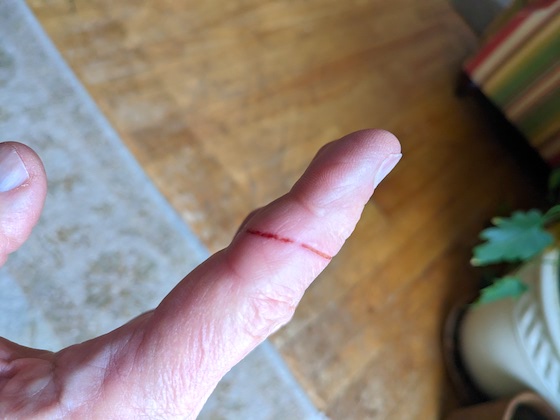 Such a sad mistake as Queen Cersei would say if she was with me.

Once on the air, I made short work of getting my minimum ten contacts to get a valid activation. In just a little over 30 minutes I gathered 17 contacts. Four were on 20 meters and the other thirteen were on 40 meters. All were done doing CW, or Morse Code. 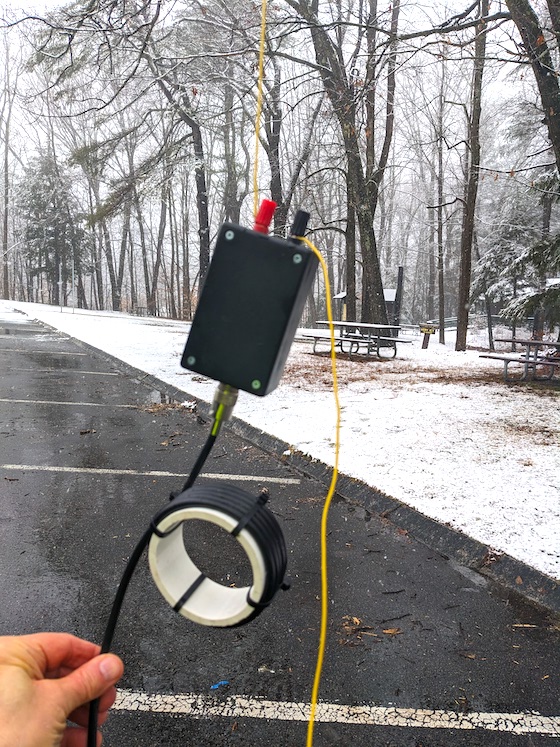 I stayed overnight in Holyoke, MA after delivering a talk to the local radio club about the New England Forest Rally. I love to wake up early and I was on the road driving an hour before sunrise. Yesterday was a full moon and Mother Nature had a prize for me as I drove north on I-91 just south of the VT/MA state line. Look at this stunning moonset! 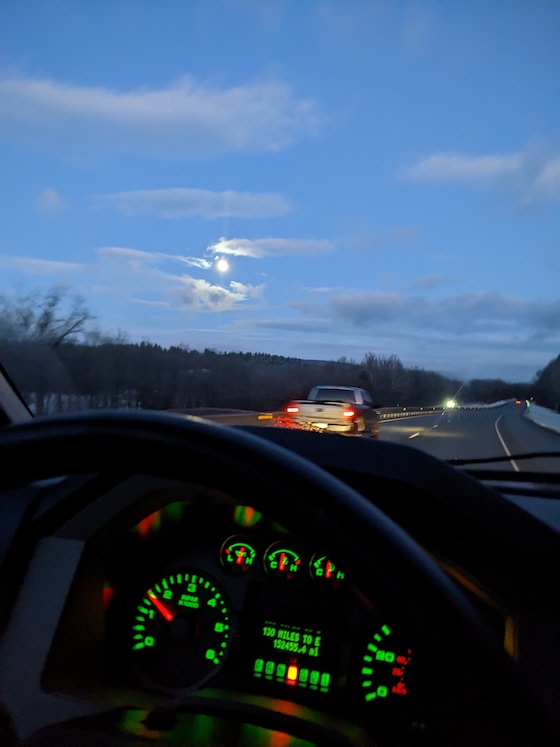 Yes, I was using my mystic powers coupled with the Force to get my phone to float in midair to snap this photo. Safety first! It’s illegal to touch an electronic device while driving you know!