Below are some videos and photos I recorded while I was at the March for Trump Rally on January 6, 2021. It was a historic day no matter what your political slant.

You may feel that Trump supporters rioted, raped, and defiled our sacred Capitol building. The timeline of events proves otherwise as do two of my videos below. I actually recorded around 12:45 PM the Capitol Police racing to help put more boots on the ground to stop ANTIFA and the other domestic enemies from breaking in. You’ll see one video below of the police cars going to the Capitol building and then one capturing the sound of other ones racing up Pennsylvania Avenue NW. That second video was shot at about 12:47 PM. 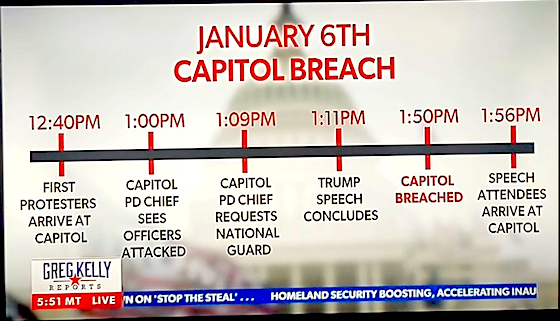 It’s 1.5 miles from the Ellipse to the rear of the US Capitol Building. Moving at a slow walk in a large crowd, you’ll cover that distance in about 35-45 minutes. Try it yourself to see.

There are countless exterior and interior 15K, or higher resolution, cameras at the US Capitol. The resolution of these cameras is so good that they can show the pores of your skin at distances of a couple of hundred feet. In other words, nothing escapes detection.

Gigabytes of video footage were recorded before and during the event. We the People may eventually be able to see this footage proving that it was not peaceful Trump supporters who ravaged and desecrated the sacred building.

If you study the footage of my videos you’ll note that the mix of men and women at the rally is almost equal. You’ll also note that many of the males at the rally are older, say 45+ in age. However, study the footage of domestic enemies that broke into the Capitol building and are fighting with the police, hanging from the walls, taking selfies photos of themselves at podiums, etc. and virtually everyone you see is a young male. That’s a very interesting data point you should ponder. How do you explain that? Why is there almost a complete absence of women fighting with the police?

Within 24 hours of the breach of the US Capitol Building, facts emerged – as I knew they would – that ANTIFA and other DOMESTIC ENEMIES were the ones who unlawfully damaged the Capitol and broke into the building. Here are some early reports supporting these claims. No doubt some of the links will not work or accounts have been terminated by Twitter and other social media platforms that are doing their best to hide videos from you of exactly what happened.

US Capitol Police OPENING the fence to allow ANTIFA In

There are countless other videos on social media clearly showing you what the mainstream media will not. If you want the truth about what happened, go look for it.

Stop consuming propaganda generated by most of the major news networks.

It turns out I was sitting next to two ANTIFA thugs on the subway ride into Union Station. I even chatted one of them up. I was afraid to ask for photos that would show the baseball bat the one had and the large hammer with the wooden handle the other one had in his backpack.

Their demeanor was grim, and the one was very nervous. The nervous one had little to say and also had a large open-carry hunting knife strapped to his right calf.

They acted as if they were Trump supporters, but they had some facts wrong. That was the tipoff to me. Once I was at the rally, it became crystal clear to me they were ANTIFA because not one Trump supporter that I could see had any weapons like baseball bats and hammers.

It’s important to realize I didn’t see a pickup softball game forming on the National Mall all morning, nor were there Help Wanted – Supply Own Tools signs on the fence surrounding the west-facing Capitol Building lawn where the Inauguration platform was being built.

Videos are at the top and photos are below the videos: 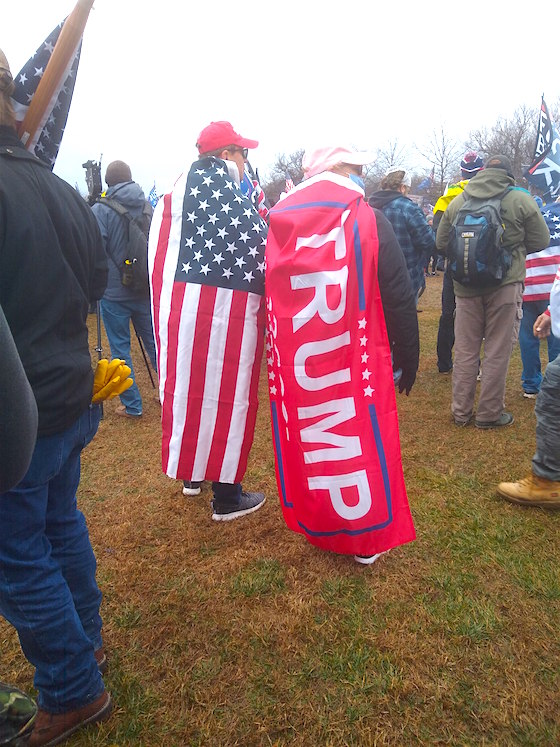 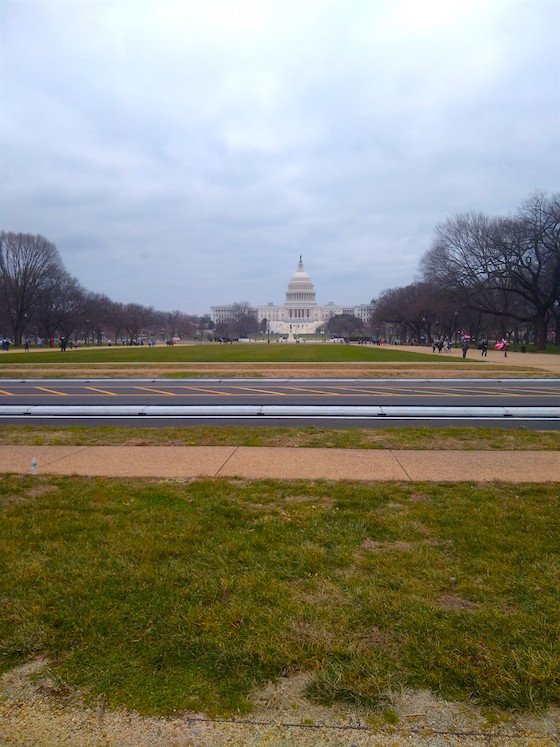 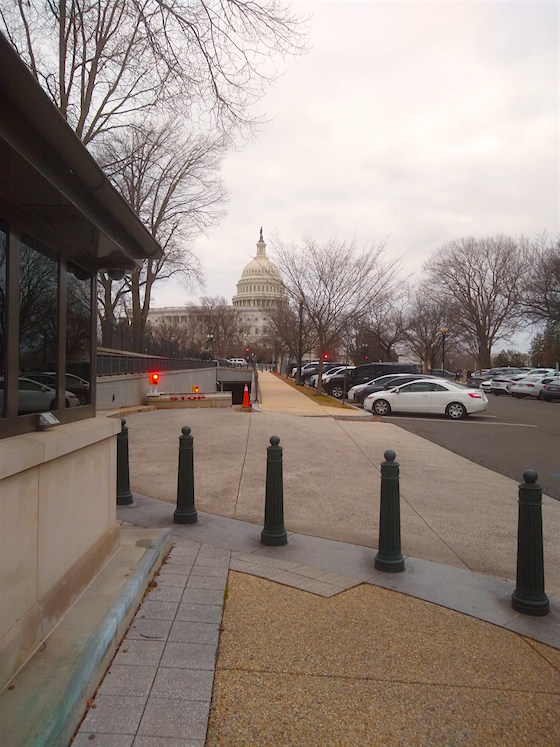 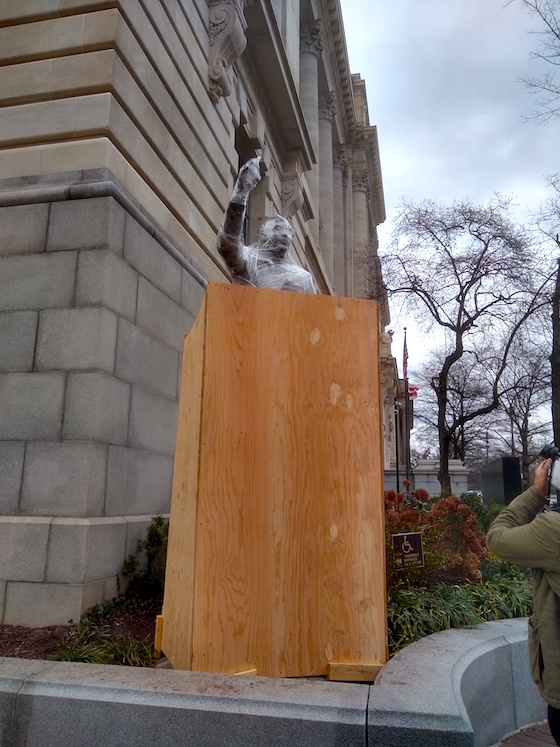 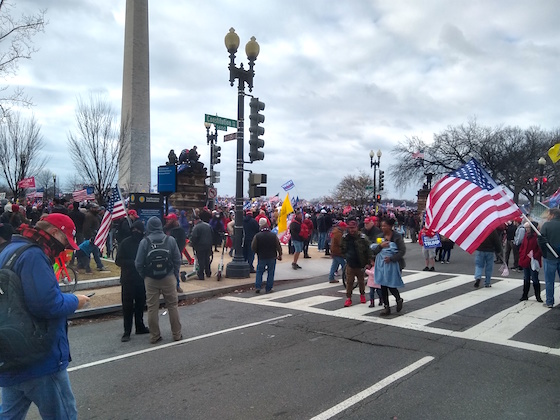 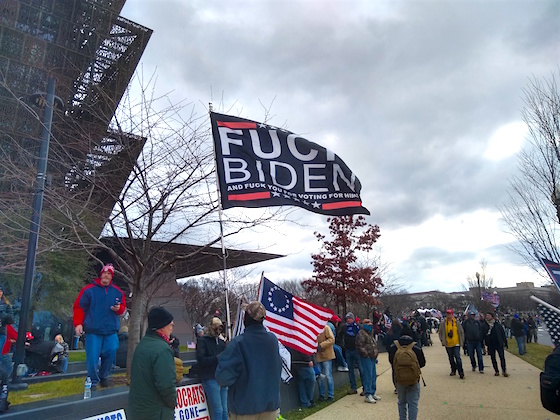 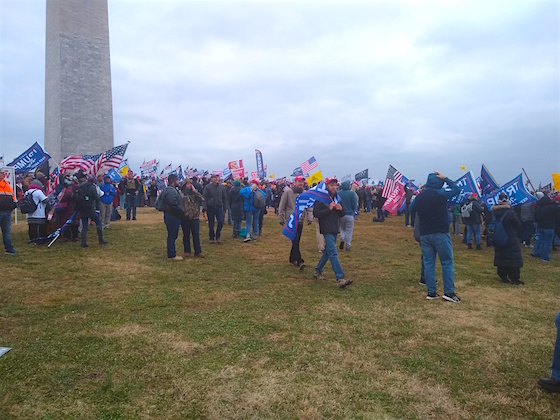 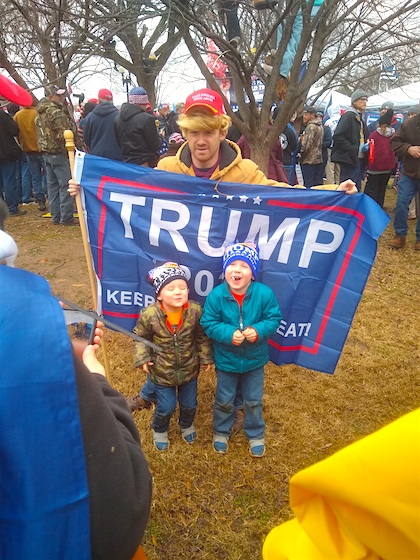 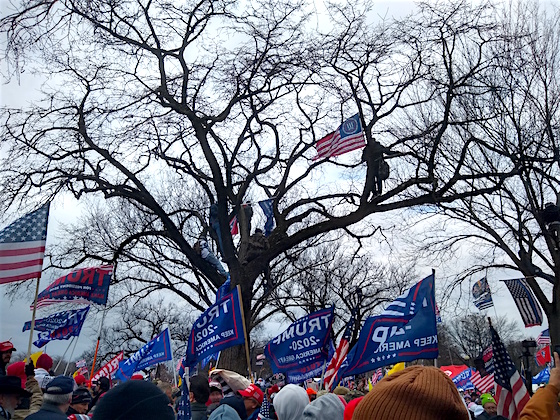